Nonallergic rhinitis occurs when blood vessels in your nose expand (dilate), filling the nasal lining with blood and fluid. There are several possible causes of this abnormal expansion of the blood vessels or inflammation in the nose. But, whatever the trigger, the result is the same — swollen nasal membranes and congestion.

Environmental or Occupational Irritants: Dust, smog, secondhand smoke, or strong odors, such as perfumes, can trigger nonallergic rhinitis. Chemical fumes, such as those you might be exposed to in certain occupations, also may be to blame.

Weather Changes: Temperature or humidity changes can trigger the membranes inside your nose to swell and cause a runny or stuffy nose.

Foods and Beverages: Nonallergic rhinitis may occur when you eat, especially when eating hot or spicy foods. Drinking alcoholic beverages also may cause the membranes inside your nose to swell, leading to nasal congestion.

Hormone Changes: Changes in hormones due to pregnancy, menstruation, oral contraceptive use, or other hormonal condition such as hypothyroidism can cause nonallergic rhinitis.

Stress: Emotional or physical stress can trigger nonallergic rhinitis in some people.

Read Dr. Tobin’s blog article “Why is My Nose Stuffy?” 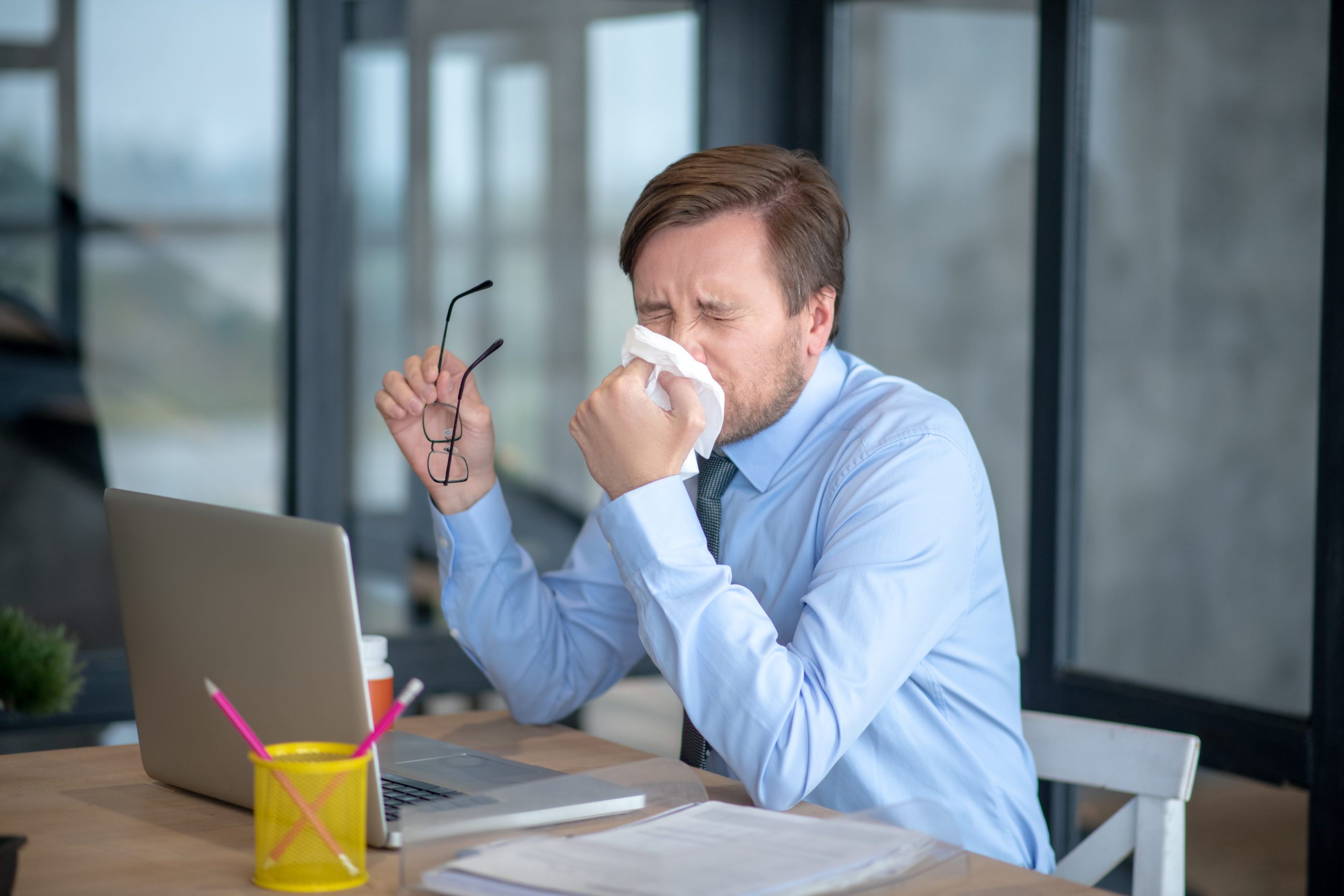 Why Is My Nose Stuffy?

Provided By: Evan Tobin, MD Everyone deals with a sensation of a stuffy or blocked nose from time to time. Usually we know why this is happening—we may have a cold, springtime allergies are here, etc. We are designed to breathe through the nose.  It is uncomfortable to us to feel a sensation of congestion. This can also affect our sense of smell and our ability to appreciate flavors. Chronic mouth brea...
Read More
Top