Over 50 million Americans have experienced tinnitus or head noises, which is the perception of sound without an external source being present. About one in five people with tinnitus have bothersome tinnitus, which distresses them and negatively affects their quality of life and/or functional health status. Those individuals with persistent and bothersome tinnitus will often seek medical care. Tinnitus may be an intermittent or continuous sound in one or both ears. Its pitch can go from a low roar to a high squeal or whine, or it can have many sounds. Persistent tinnitus is tinnitus that lasts more than six months. Before any treatment, it is important to undergo a thorough examination and evaluation by your otolaryngologist (ENT doctor) and audiologist. An essential part of the treatment will be your understanding of tinnitus and its causes. 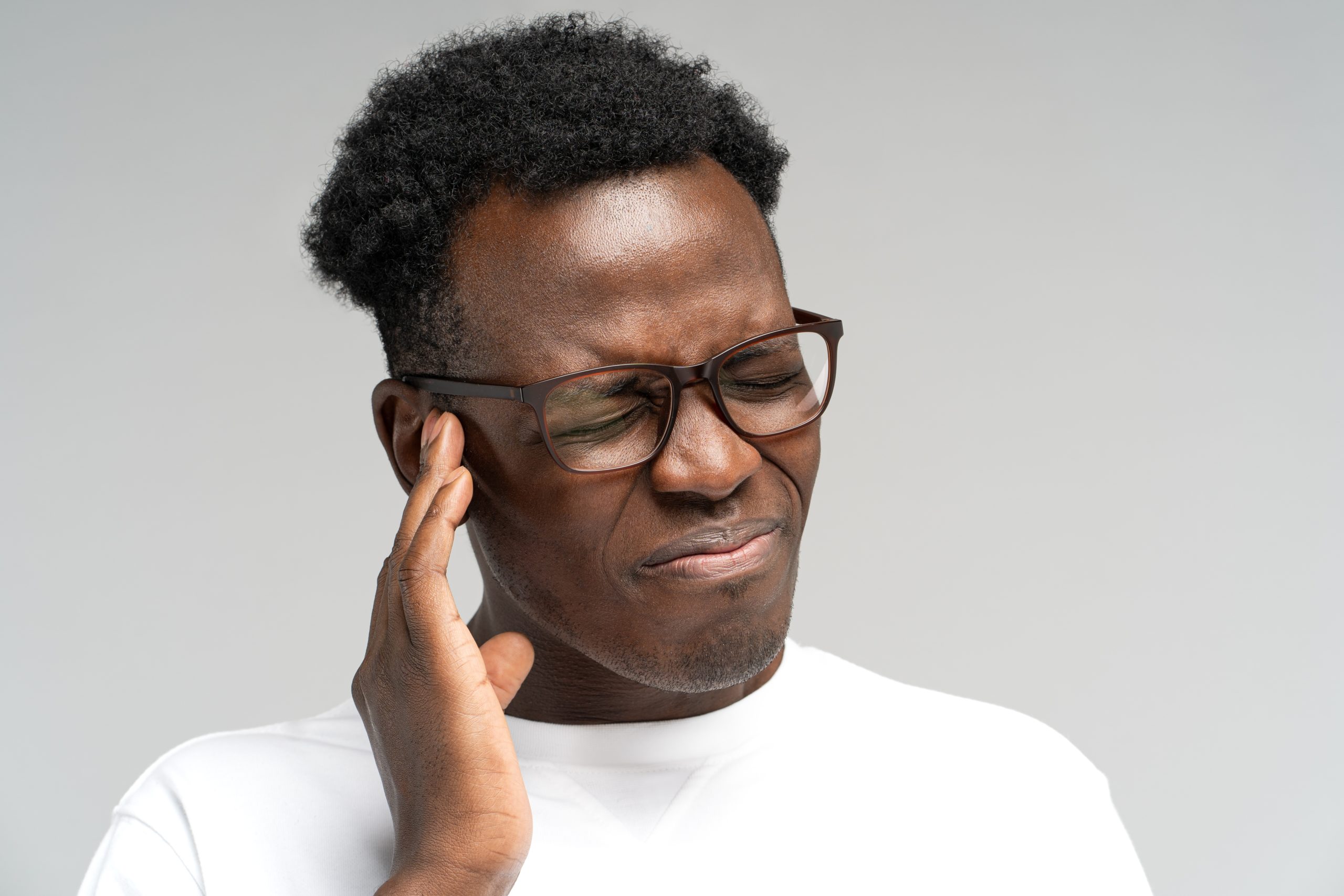 Tinnitus is commonly defined as hearing a sound in the absence of external sounds. Tinnitus is not a disease in itself but a common symptom, and because it involves the perception of sound or sounds, it is commonly associated with the hearing system. In fact, various parts of the hearing system, including the inner ear, are often responsible for this symptom. At times, it is relatively easy to associate the symptom of tinnitus with specific problems affecting the hearing system; other times, the connection is less clear. Most tinnitus is primary tinnitus, where no cause can be identified aside from hearing loss. Secondary tinnitus is associated with a specific underlying cause that may be treatable.

Most of the time, tinnitus is subjective—that is, the tinnitus is heard only by the individual. Rarely, tinnitus is “objective,” meaning that the examiner can actually listen and hear the sounds the patient hears.

Different parts of the hearing system may cause tinnitus. The outer ear (pinna and ear canal) may be involved. Excessive ear wax, especially if the wax touches the eardrum, causing pressure and changing how the eardrum vibrates, can result in tinnitus.

Middle ear problems that cause hearing problems can also cause tinnitus. These include common entities such as middle ear infections and uncommon ones such as otosclerosis, which hardens the tiny ear bones or ossicles. Another rare cause of tinnitus from the middle ear that does not result in hearing loss is muscle spasms of one of the two tiny muscles in the ear. In this case, the tinnitus can be intermittent, and at times, the examiner can also hear the sounds.

One of the preventable causes of tinnitus is excessive noise exposure. In some instances of noise exposure, tinnitus can be noticed even before hearing loss develops, so it should be considered a warning sign and indicate the need for hearing protection in noisy environments. Medications can also damage inner ear hair cells and cause tinnitus. These include non-prescription medications such as aspirin and acetaminophen, when taken in high doses, and prescription medication including certain diuretics and antibiotics. As we age, the incidence of tinnitus increases.

Tinnitus may also originate from lesions on or in the vicinity of the hearing portion of the brain. These include a variety of uncommon disorders, including vestibular schwannoma (acoustic neuroma) and damage from head trauma.

A special category is a tinnitus that sounds like one’s heartbeat or pulse, also known as pulsatile tinnitus. Infrequently, pulsatile tinnitus may signal cardiovascular disease or a vascular tumor in the head and neck or the ear. If experiencing this type of tinnitus, it is advisable to consult a physician as soon as possible for evaluation.

Several non-auditory conditions and lifestyle factors are associated with tinnitus. Medical conditions such as temporomandibular joint arthralgia (TMJ), depression, anxiety, insomnia, and muscular stress and fatigue may cause tinnitus or can contribute to worsening of existing tinnitus.

What Testing Do I Need?

When you are evaluated for tinnitus, the first thing the doctor will do is obtain a complete history, investigating potential causative factors, and perform a thorough, targeted physical examination. If the tinnitus is unilateral (one-sided) and associated with hearing loss, an audiogram (hearing test) should be obtained early in the evaluation. Your doctor may order radiologic testing (X-rays, CT scans, or MRI scans) if deemed necessary. Your doctor will try to determine how bothersome your tinnitus is by asking certain questions or having you complete a self-assessment questionnaire.

How is Tinnitus Treated?

Although there is no one ‘cure’ for tinnitus, several options can help patients with tinnitus. If you are in the ‘new onset’ period of tinnitus (less than 6 months), you can be reassured that, for many, the natural course of tinnitus is to improve over time, and most people do not go on to have persistent, bothersome tinnitus.

If the otolaryngologist finds a specific cause for your tinnitus, he or she may be able to offer specific treatment to eliminate the noise. This may include removing wax or hair from the ear canal, treating middle ear fluid, treating arthritis in the jaw joint, etc.

Some patients with hearing loss and tinnitus have a modest improvement in coping with the tinnitus using hearing aids with or without built-in ear-level maskers. Sound therapies that involve simple things like background music or noise or specialized ear-level maskers may be a reasonable treatment option. The effects of tinnitus on quality of life may be improved by a course of counseling with cognitive-behavioral therapy (CBT), which usually involves a series of weekly sessions led by a trained professional.

Tinnitus can be so bothersome that it causes depression or anxiety; additionally, in a patient with depression and/or anxiety, it may be challenging to tolerate the additional burden of tinnitus. Consultation with a psychiatrist or psychologist with treatment directed to the underlying condition can be beneficial.

Dietary supplements for tinnitus treatment are frequently advertised on the internet, television, and radio. There is no evidence that any of these supplements, including ginkgo biloba, melatonin, zinc, lipoflavenoids, and vitamin supplements, are beneficial for tinnitus.

Acupuncture may or may not be helpful in tinnitus; there are not enough quality studies of this treatment for tinnitus to make a recommendation.

Transcranial magnetic stimulation is a new modality, but it cannot be recommended for tinnitus at this time, as long-term benefits are not proven.

Can Other People Hear the Noise in My Ears?

Not usually. In rare cases of “objective tinnitus,” others may be able to use a special in-the-ear microphone to hear your tinnitus.

Why is My Tinnitus So Loud at Night?

Tinnitus is a sound that is ‘masked’ by external sounds such as office or traffic noise, TV or radio, etc. It is also not perceived when the brain is busy elsewhere – such as at work. When external sounds are minimal at night and the brain is not focused on something else, tinnitus often sounds much louder and becomes more bothersome. In general, using a sound generator at night is beneficial in decreasing the disturbance of tinnitus. If tinnitus is interfering with sleep, you should inform your doctor.

Tips to Lessen the Impact of Tinnitus: